Tattoo of Ankh : key of life, meaning, ideas and curiosities.

In the Nile Delta Pharaonic civilization, You've probably seen in many representations many ankh figures, on mummy coffin, tombs, temples...etc. Ankh is on of the egyptian symbols that has thousands of years old and lately it is quite common within the tattoo world. In ancient Egyptian art, the ânkh is thus omnipresent among the deities ( Thot the ibis / baboon scribe, Sekhmet the lioness egyptian goddess of war, Bastet the cat goddess of childbirth, Anubis the protector oh the underworld etc..) . Indeed, it is carried by ancient egyptian gods and goddesses who hold it by the loop or carry it in each hand with the arms crossed on the chest in egyptian mythology.

The Egyptian cross is also known as Ankh and it is a millenary symbol, since it is more than 3000 years old. It is a egyptian symbol that has always been interpreted with the ancient gods and has its origins in ancient Egypt, where it was quite common to find it in several of its hieroglyphs and in many architectural representations (as hieroglyph on monuments like the great pyramid, hathor temple, etc..) or papyrus like the egyptian book of the dead.

This Egyptian cross, or Ankh, is also called the key of life because of the intrinsic meaning it has with eternal life in the ancient egyptian religion. This was depicted on many sculptures, carried by those who longed for the pursuit of immortality or to be able to continue their life in the afterlife.

The key of life was initially used only by the Pharaoh, but over the years and with the evolution of beliefs, more and more people began to use the Ankh or Key of Life as an everyday symbol in search of luck or hope for a better life. Even the late period royalty preserved the polytheistic religious beliefs and ceremonies.

Although it continued to be associated with the symbol of life (breath of life, reborn, and life after death), this also changed in several aspects as it also began to be related as a symbol of rebirth and resurrection, and over time there were also many pharaohs who began to take his name as part of theirs, as the famous Tut-Ankh-Amon. More and more people are getting this key of life tattoo. This is because in addition to these meanings that we have discussed above, the egyptian Ankh itself according to some other historians has more references.

In this sense, it is understood as a symbol of sexuality and fertility, given that by its characteristic shape, it resembles the sexual parts of both men and women, so it is taken as a symbol of reproduction, fertility and sexual union.

It is a cross that has been adopted by many cultures and religions, so it is common to see the tattoo on people of different religions, which has boosted its popularity as it can be found in different places.

In pursuit of seeking a better life or simply to represent a new change, that is, a new way of understanding life, a new search that aims to break with everything old, the ankh ends up providing that meaning, as if it had been born again and start over.

This key of life is quite important within the cycle of life itself, both for the beginnings, as well as for its endings. This type of symbol can be used to make small egyptian tattoos or to accompany with tattoos of letters and names. 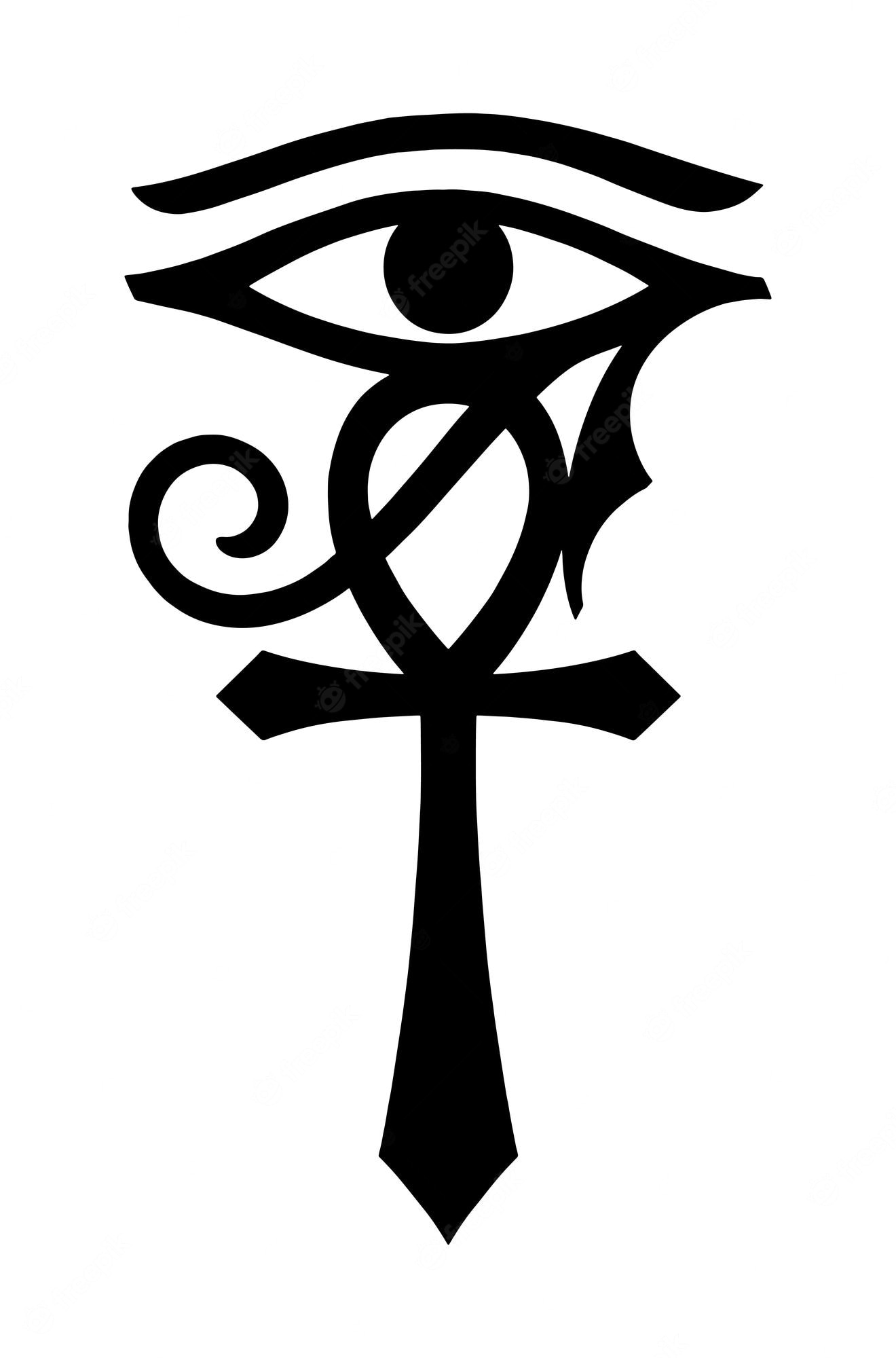 Horus, son of the mother-goddess Isis and Osiris ( don't confound with the sun-god ra)  is one of the most revered and feared of ancient Egyptian deities. He was known for his sharp eyes (don't mix with all seeing eye) hat could see in the dark as well as her black bloodshot lids. But what made her even more terrifying was that he could also heal the sick and even bring back the dead. In this latest addition to her terrifying portfolio, we’ll have him get a taste of what it means to be a horus tattooed on the face of Egypt’s most famous deity.

What is a Horus Tattoo?

A horus is a cross-shaped design that’s sometimes known as a sun rising or setting sign. It is a powerful sign that means one thing and nothing else. The importance of the horus in the ancient Egyptian culture cannot be emphasized enough. It was the sign of the sun that symbolized good fortune and abundance and it was also a powerful reminder of death and the loss of life. A horus is an ancient Egyptian design that can be found in many places in the world. The term “horus” means “cross” so it is not entirely surprising that it is one of the most popular designs forrench. It is found on many Egyptian wedding or funeral masks and it is also known as the sun rising or setting sign. How to Get a Horus on Your Face?

A person can get a ancient egyptian god Horus on their face as a result of a number of different procedures. The first being that of Tattooing. It is done using a permanent dye that hardens once the human body is printed with it and the design is transferred to canvas or silkywhite canvas. The second being the addition of permanent makeup that helps color the skin tone and make the tattoos look more vibrant. This third option is often only available to those who want to give their tattoos a more permanent look.

What is the Meaning of a Horus Tattoo?

A Horus tattoo necessarily has a purpose. It is not a random tattoos that are meant only for decoration or charm. It is meant as a sign of respect for the dead and to pay respect to the living. By getting a Horus on the body of your favorite deity, you are honoring them with your presence and presence in their absence. You’d be surprised how many people dream of having the face of their favorite deity on the face of the person they love. Some may have the eyes, some may have the hair, and some may have both eyes and hair. This is not because they love the person too much but instead because they want to show their devotion to them and show them that they are appreciated.

What is the Different between a Horus and Other Gods’ Tattoos?

The difference between a Horus and other gods’ tattoos is in the meaning behind the design. In the case of a Horus tattoo drawing, the object of veneration is Pharaoh who is depicted as standing on one leg with one hand raised in the air and another hand on his stomach. On the other hand, the objects of worship for many other gods are standing or laying on the ground with one hand raised in the air and the other hand on the hip. A Horus on your face is a powerful sign of respect and adoration that indicates that you trust and admire the person who is tattooing you and it shows that you consider that person to be your friend. By getting a Horus on your face, you are also complying with many ancient Egyptian practices thatobbies and the healing arts are still practiced today. You are also paying respect to the dead by bringing them back to life, and you are also showing respect for the living by showing them that you are alive and well.